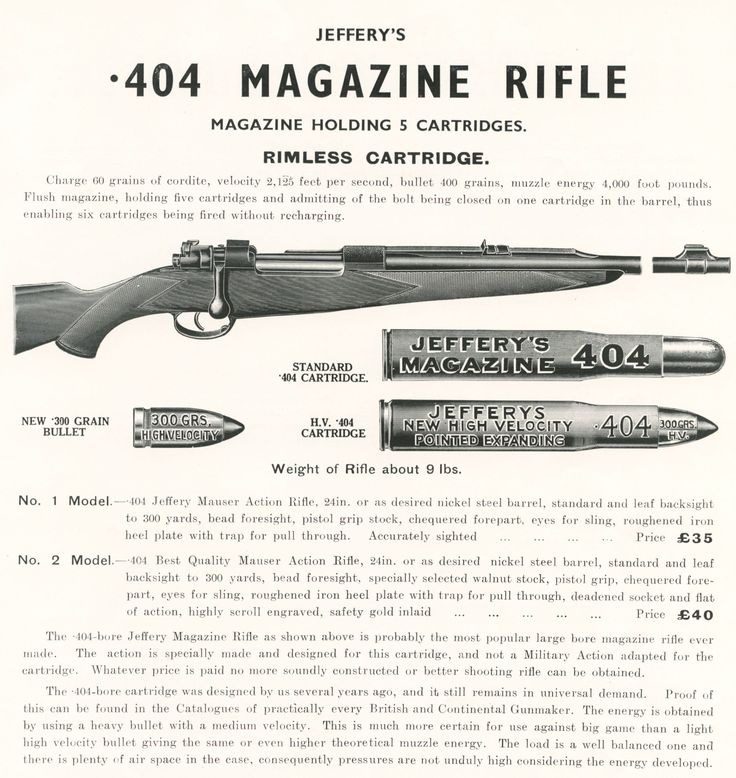 kiowa_mike из книги: "ACROSS THE ROOF OF THE WORLD A RECORD OF SPORT AND TRAVEL THROUGH KASHMIR, GILGIT, HUNZA, THE PAMIRS, CHINESE TURKISTAN, MONGOLIA AND SIBERIA BY LIEUT. P T. ETHERTON, F.R.G.S. F.Z.S. 39TH GARHWAL RIFLES (INDIAN ARMY), 1911":
Then there is the most important matter of arms and ammunition, concerning which a considerable diversity of opinion exists. Not being an authority on the subject I do not propose to do more than state the composition of my own battery. For big game I used a .404 Jeffery-Mauser rifle firing the ordinary soft-nosed split bullets supplied by the makers, a rifle that gave me entire satisfaction, as it combines lightness with great accuracy and striking power. Two rifles are essential in case of accidents, my second being a .303 carbine firing the ordinary sporting bullets made by Kynoch's. A double-barrelled hammerless gun and 750 cartridges for same, made up of 300 No. 6, 200 No. 4, 100 No. 2, 150 Nos. 9 and 12 for small birds, completed my arms and ammunition. For maintaining one's weapons in sound condition, a sufficient quantity of the best rifle oil must be taken, as also pull-throughs, spare gauze for same and flannelette.
Tags: 1910-е, винтовка, охота
Subscribe

Posts from This Journal “охота” Tag